EU in Global Affairs : Constrained Ambition in an Unpredictable World ?

The European Union (EU) has a number of different powers in its toolbox. One of these policies lies at the core of the EU’s external competences – the common commercial policy (CCP) or common trade policy. This enables the EU to ‘speak as one voice’ in multilateral bodies and with third parties. The CCP, which has become stronger over the years, has developed into one of the bloc’s key international projection levers. However, the EU’s place and role in globalization are today being shaken chiefly by three major political factors : the rise of new powers, the United States (US)’ neo-mercantilist policies, and political divisions within the EU. Together, these three external and internal factors may be hastening a crisis for the EU. This raises the question : to what extent can the bloc influence its own destiny during this stormy period ?

Full professor in political science/international relations, Director of the Center for International Relations Studies (CEFIR) and Chair of the Political Science Department at the University of Liège (Belgium).

Antonios Vlassis Senior Researcher at the Center for International Relations Studies (CEFIR) and Lecturer at the Political Science Department of the University of Liege. 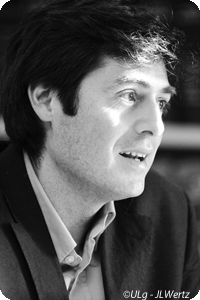